Prior to 1966, flying activity at Merimbula Airport was provided by Bob Hussey who made regular forays from Bairnsdale to Delegate, Bombala and Merimbula with the latter being on one weekend per month. In late 1966, Laurence Gruzman QC of the NSW Bar – a commercial pilot and later chief flying instructor and chief pilot – commenced joy flights with a hired Cessna 172. The airport then consisted of a small terminal with services from Sydney with Airlines of NSW in Fokker 27 and sometimes DC-3 aircraft, and a Council maintenance shed with a small room which was able to be used by pilots.

Joy flight tickets were sold by the Gruzman family members at the small gate which was then adjacent to where the Merimbula Flying School (as it was then) office was built in 1974. The joy flights were only provided in the summer season when Laurence Gruzman sailed in his ketch from Sydney and moored in the Merimbula front lake for a month near Spencer Park.

In 1969, Laurence and his wife Zoe purchased a new D55 baron (which became VH-WDE) and flew from the factory at Wichita Kansas through the north of Canada thence Greenland, Iceland, Scotland, London and on to Sydney through the Middle East in about three weeks. The London to Sydney flight was to survey the route for the forthcoming air race of which Laurence was the Chief Steward. Merimbula Flying School was incorporated in 1970, and activity increased with the purchase of a Cessna 150 from a then local doctor for use in flying training. A part-time instructor was employed and later the fleet expanded with a Cessna 310L (later VH-EOZ) purchased in Florida 1970 and flown the same route as the Baron, Cessna 150(RAW) Cessna 172, Cessna 177 (DWM) , Cessna 172RG (FCV) and a Cessna 310RII (FFA) from 1978. In 1978 Flight Facilities at Sydney Kingsford-Smith Airport was acquired, and MFS changed its name to Flight Facilities (Merimbula). Flight Facilities Sydney was a fixed base operation providing charter, freight, terminal for 11 commuter airlines and Royal and Military handling as well as Mobil fuel supplies and Learjet sales.

Through the 1970s until about 1987 operations in Merimbula consisted of ab-initio training, joy flights, shark patrols, fire spotting and general single and twin-engine charter, when the business was sold to Don Griffiths DFC, a Battle of Britain pilot and later B747 training captain who later employed Andy Campbell.

Laurence Gruzman was dedicated to developing a system for dropping life rafts, equipment and supplies to people in distress after a pilot was lost in Bass Strait whilst an aircraft circled overhead unable to drop anything to him. See “Search Without Rescue” – 4 Corners ABC 1984. Over many years a dedicated team of able volunteers from diverse flying, engineering and other backgrounds helped develop the Precision Aerial Delivery System. This was a system capable of dropping life rafts, supplies and de watering pumps to persons in distress with great precision and safety. The Australian Government purchased and used the system throughout Australia and surrounds after it was featured on a 4Corners program. It was also sold to the RAF in the Caribbean. A Civil SAR Unit operated and flown by Laurence from Merimbula used the PADS System for many years manned by volunteers who gave freely of their time and expertise.

Laurence Gruzman amassed over 15,000 hours and was awarded the Guild Grand Master’s Australian Medal in 1991 for meritorious service to Aviation and was made an Upper Freeman of the Guild of Air Pilots and Air Navigators as was Zoe who had over 6,000 hours as pilot in command. At Laurence’s memorial service in 1999 a formation fly past occurred at Merimbula Airport with a large crowd of attendees and the flags at half-mast.

Andy and Jill Campbell bought the operation from Don Griffith in 1997 and now operate five aircraft. 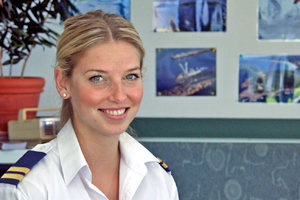 This message is only visible to admins:
Problem displaying Facebook posts.